Atari 800XE on the Internet

Wikipedia: The Atari 8-bit family is a series of 8-bit home computers manufactured from 1979 to 1992. All are based on the MOS Technology 6502CPU and were the first home computers designed with custom coprocessor chips. Over the following decade several versions of the same basic design were released, including the original Atari 400 and 800 and their successors, the XL and XE series of computers. Overall, the Atari 8-bit computer line was a commercial success, selling two million units during its major production run between late 1979 and mid-1985,[1] a total of around 4 million units.

ATARI 8-BIT ETHERNET PROJECT - "Our hope is that Atari 8-bit users will be able to connect to the internet via an Atari 8-bit Ethernet Cartridge. The current software is based on IP65 and has a very small footprint, runs efficiently, and will still allow enough "programming room" for such applications as Telnet, FTP, and even internet gaming!" 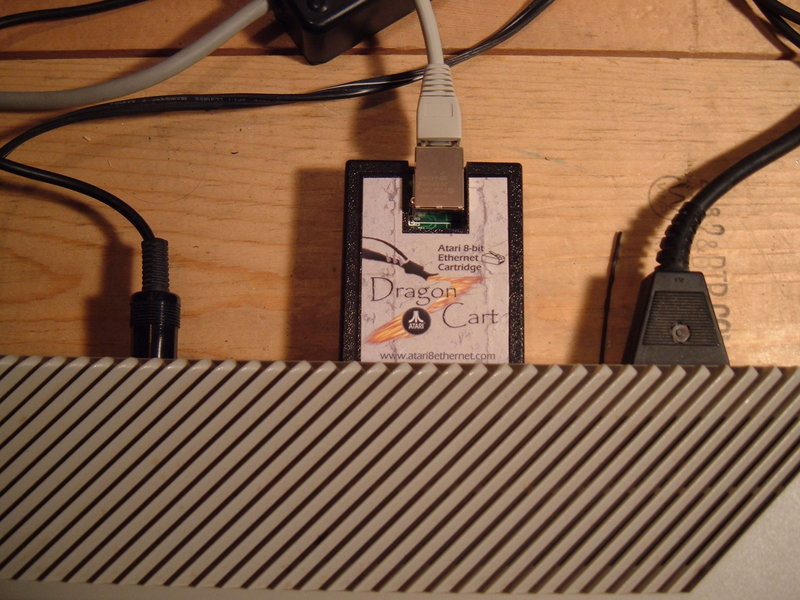